Emil Nolde was one of the first Expressionists , a member of Die Brücke, and is considered to be one of the great watercolor painters of the 20th century.

He is known for his vigorous brushwork and expressive choice of colors.

His watercolors include vivid, brooding storm-scapes and brilliant florals.

He was born as Emil Hansen on a farm in North Schleswig near the village of Nolde.

Even as a boy he drew and painted.

From 1902 he called himself after his birthplace. Between 1884 and 1891, he studied to become a carver and illustrator in Flensburg .

Hitler rejected all forms of modernism as " degenerate art ", and Nolde's work was officially condemned by the Nazi regime.

Until that time he had been held in great prestige in Germany.

Over 1000 of his works were removed from museums.

Some were included in the Degenerate Art exhibition of 1937.

Nevertheless, during this period he created hundreds of watercolours.

He called them the "Unpainted Pictures". 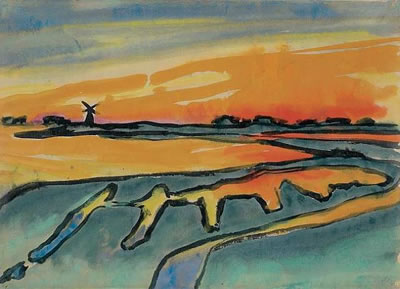 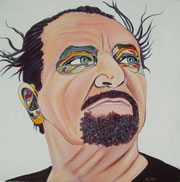 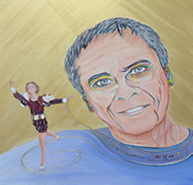